315 gets ready for busy weekend 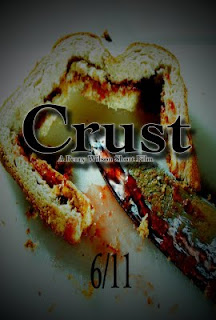 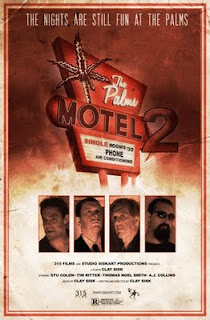 315 Films is launching back into action this weekend on multiple projects.

First, on Saturday will come the long-awaited resumption of Motel 2, which began production in 2009. Clay Sisk will put back on the director's hat to direct Tim Ritter, Mike Donlan and Michelle Collins through a pair of intense sequences in the Motel lobby in a remote location in Lehigh Acres, with the final scene between Stuart Alexander and Ritter expected to be shot early next week.

In the film, a small group of killers and hoods descends on The Palms motel with murder on their minds. Written and directed by Sisk, the film also stars Tom Smith, A.J. Collins, Stu Pepper, Trevor James and Charles Ballaro.

Then, on Sunday, ace 315 cinematographer Perry Wilson will step forward as the writer-director of 315's first short short, Crust, in which one man's breakfast takes a strange turn. Shooting at the Oasis Grand apartments in Fort Myers, Wilson will be joined for the one-day shoot by stars Shawn Genther and Laura Nin, producers Ritter and Pat Mitchell, camera men Jayson Martinez and Max Soto, sound man Michael Andrews and makeup artist Crystal Gossman.

Check back on 315films.com for more updates and behind-the-scenes footage and photos.