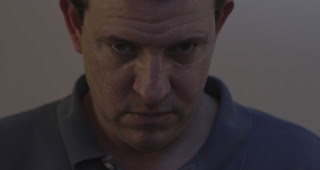 315 Films just produced its second short film in conjunction with the University of Central Florida film department this year. Following the short short The First Time, which was shot and edited in one week in January, 315 co-founder Tim Ritter stepped in to produce the second short short Free, which was shot last week and is in postproduction. Both were shot in Orlando and will be making the festival rounds soon.

The First Time, which starts Jose Miguel Vasquez and Anthony Consolo, follows a new recruit who is introduced by a weary veteran into a sordid new life. Ritter assumed much of the directing duties, with UCF undergrads Jacob Sadowsky serving as cinematographer, Zachary Feller handling sound and Carlos Martinez contributing the story and serving as script supervisor.

Free marks the latest short from rising filmmaker Jason Whitaker, who wrote and directed, and follows a seemingly cursed everyman whose obsession with winning the lottery takes him into unexpected territory. Free stars Tony Riha and Consolo, with Kevin Levy as cinematographer, 315 veteran Martin Lemaire adding his seasoned touch to the sound, Alexis Perrin serving as script supervisor and Ritter and Steven Holland sharing producing duties.
Posted by 315 Films at 12:48 PM