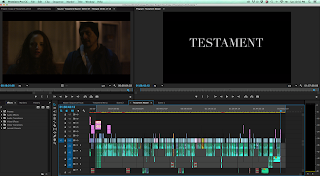 Both films will show to private regional screenings once completed before traversing the festival circuit. Keep an eye on our Facebook accounts (Moment of Truth and Testament) and new Moment of Truth official site at momentoftruthmovie.com, with a new official site for Testament also in the works.
Posted by 315 Films at 3:36 PM