Remedy gears up to start production 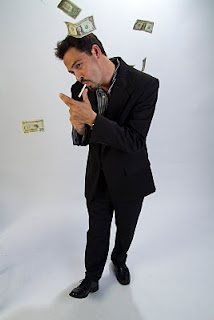 The wheels are in motion as 315 Films readies for the production phase of new science fiction-influenced short thriller Remedy. The film, written and directed by Pat Mitchell (Shaken), follows a special team sent where others cannot go, to complete a mission — and a kill - which they failed once before.

The biggest news is the finalization of the cast. Leading the ensemble is 315 veteran Stuart Alexander, who starred in Shaken, Motel 2 and Keeper of the Earth. He will play Jace, the reluctant former agent brought back to complete an assignment which is a little too close for comfort. Joining him on the special team will be Tampa actor Mark Troy as the grizzled veteran Michael, Fort Myers' Mitchell Jacobs as patriotic enlistee Elm and Fort Myers' Shawn Genther as the mysterious David. Opposite Alexander will be Jacksonville actress Joanna Horton as Jace's former lover Vanessa. Rounding out the cast will be Miami's Jenny Marrero and 315 veteran A.J. Collins (Motel 2, Keeper of the Earth) as bystanders who are dragged into the situation against their will. Perry Wilson will be joining the 315 crew as Director of Photography, while Tim Ritter will produce.

Production will start on Friday, Nov. 19, and continue through Sunday, Nov. 21, in Fort Myers and Bonita Springs. Stay tuned for production stills and the latest news.
Posted by 315 Films at 7:08 PM