315 gets its closeup with "The Interview" 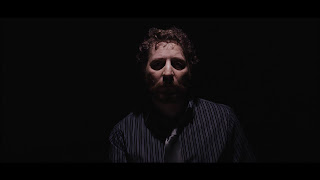 Following its pioneering use of the hacked Panasonic GH2 on feature Moment of Truth, 315 Films tried out another new look with its use of the hacked Canon 5D Mark III on new short film The Interview last weekend. The short, written by star Anthony Consolo and directed by 315 co-founder Tim Ritter, follows Michael, an actor who follows the role of a lifetime with a live interview on his biggest stage yet. The feeling is fleeting, though, as suddenly everything seems to start slipping out of his hands.

The film was shot all day on Saturday in Orlando, with Consolo joined on set by fellow castmembers Enrico Marcellino, Sinclaire and Hank Schaefer and Renea Amore, as well as cinematographer Tu Do, makeup artist Thanh Pham, sound man Martin Lemaire and assistant director Ariel Zengotita. The group will reassemble for a few final shots later this week, and then the film will launch into postproduction.
Posted by 315 Films at 3:09 PM