First edit of Testament in the books 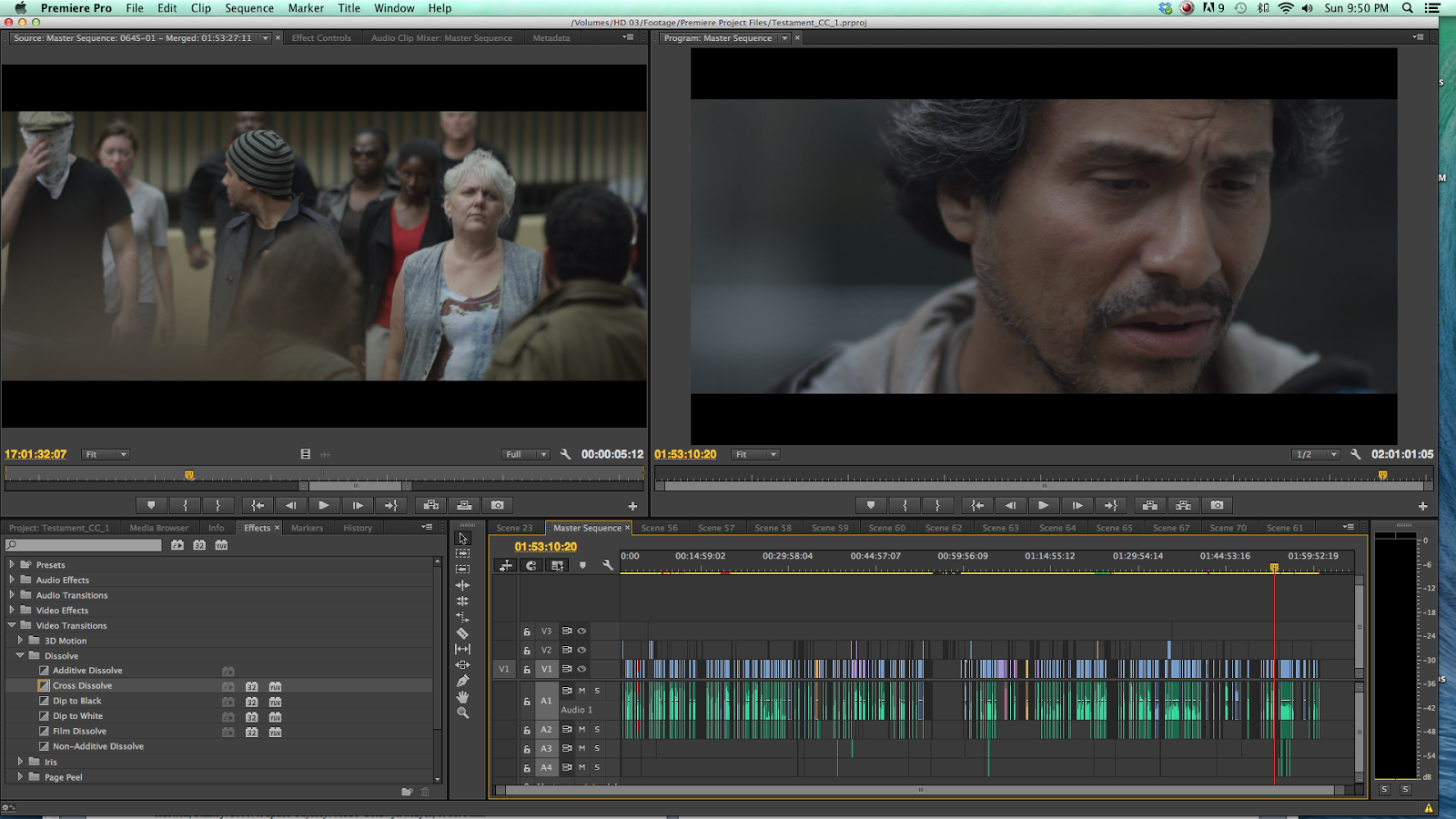 Postproduction on Testament, 315 Films' second feature film, is way ahead of schedule, as the first editing pass was completed this week.

Director Tim Ritter, who is also editing the film, tied a bow on a 121-minute cut, with a second pass already underway. Still remaining are some likely minor pickup shots, along with a color grade, sound mix from Martin Lemaire and score from Andrew Scott Foust.

But for now, Ritter is very encouraged by the rapid progress on the feature film, which wrapped production in June after shooting in Florida and Alabama over the summer.
“This process has been a dream so far,” he said. “A lot of credit goes to our digital asset manager, Nick Izvernari, for setting up a very easy edit. But all the great footage, sound and performance have made all of the edits about making the very best out of already strong material rather than hiding screw-ups, which is what a lot of microbudget film edits become about.
“I’m pretty happy about how this looks so far.”
The postproduction team is still aiming for a spring 2015 finish to the project.
Posted by 315 Films at 12:21 PM