Remedy gets off to successful start 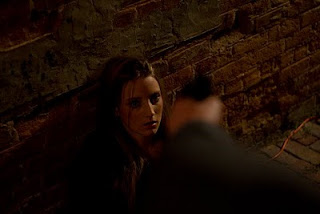 Remedy launched into its production phase over the weekend. Over three grueling days featuring seven performers and several more crewmembers, a significant chunk of the filming was completed.

Shooting started Friday in south Fort Myers, with Joanna Horton traveling from Jacksonville to join Stuart Alexander for several scenes detailing their tortured romance. From there, the production shifted to downtown Fort Myers for some chase footage.

The film continued with a grueling but rewarding night Saturday, as Mitch Jacobs, Shawn Genther and Sarasota's Mark Troy joined Alexander for several scenes in a Naples warehouse. The actors were game for some intense physical combat sequences and kept their patience through a long night that stretched from 11 p.m. to 5 a.m.

Alexander, Genther and Jacobs returned to Fort Myers for an intense confrontation in a pair of shadowy alleyways on Sunday, joined by A.J. Collins and Miami actress Jenny Marero, and followed with some chases through downtown Fort Myers.

The film, written and directed by Pat Mitchell (Shaken), follows a special team sent where others cannot go, to complete a mission — and a kill - which they failed once before. Joining Mitchell on the crew are Perry Wilson as cinematographer, Ryan Sharp on lighting and sound, Tori Short on makeup, Ashley LaRue as a production assistant and Tim Ritter as producer.

Production will pick back up in December. Stay tuned for some production stills from the weekend's work.
Posted by 315 Films at 5:00 PM