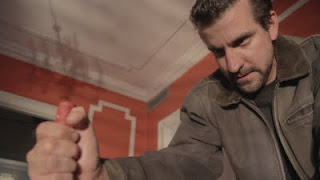 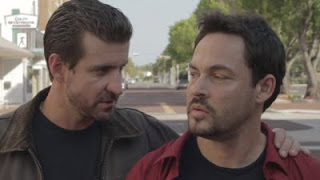 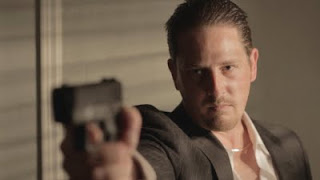 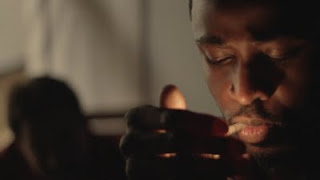 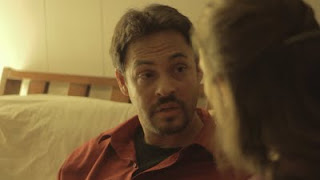 315 Films got back to work Monday, shooting most of a trailer for its upcoming feature film Moment of Truth. The trailer will serve to generate buzz and be used as a fundraising tool to pay any production costs. Judging from the footage gathered Monday, that shouldn't be a problem.

Shooting started in downtown Fort Myers before shifting to the house of Wendy Chase, the Edison State College professor who was kind enough to open her home to a massive group of filmmakers and actors. Writer/director Tim Ritter was joined by Perry Wilson (cinematographer, Remedy) for cinematography, Pat Mitchell (director for Remedy, Finding Eden and Shaken) for lighting and Jonas Sims for sound. Also lending a hand as crewmembers were Laura Nin, Jennifer Marquis and Jackie Gomez. Equipment was provided by Perry Wilson Photography, Stuart Brown's Chaos Productions and Pat Mitchell.

Also on hand to turn in key performances in the quick pick-ups were:

• Stuart Alexander as Jess Rabaras: On the run after stealing from a criminal organization, Jess is saved at the last second from a grisly death. Now, with his violent former associates bearing down in a town filled with people who hate him, Jess will face his biggest choice. Alexander has starred in several films for 315, including Remedy, Shaken, Keeper of the Earth and Motel 2.

• Jennifer Keister as Rachel: The morose Rachel is none too happy to see her first love, Jess, return to town, having to reconcile a wide mix of feelings when Jess calls on her to shelter him from the forces that have followed him. Soon her life too is put in danger. Keister has years of experience acting in Hollywood, starring in feature films The List and Behaving Badly, TV show Criminal Minds and a series of national Home Depot commercials.

• Mitchell Jacobs as Nicky: Nicky was seduced into the fast life by Jess against the better judgment of Nicky's foster brother, Joseph. Now Nicky is hot on the trail of Jess after Jess ditched Nicky for the money. Jacobs has starred in several films, most recently the feature film Light and 315 Films' short Remedy.

• Vladimy Bellefleur as Joseph: Nicky's foster brother took the fall for his old friend Jess years ago, but he may still have a role to play as violent forces close in on Jess and Nicky. Bellefleur recently appeared in the feature film Mea Culpa.

• Shawn Genther as Jess' criminal employer: The eccentric Boss, driven by a deranged sense of principle, has been dispatched to return with one of two things: the money Jess has stolen or Jess' dead body. Genther has appeared in several productions for stage and screen, including feature film Light and short films The Getaway and 315's Remedy.

• Michael Dunsworth as the Henchman: The Boss' right-hand man and loyal bloodhound has few qualms about finding his old associates Jess and Nicky, or doing what it takes to make them give up the money. Dunsworth has appeared in numerous theatrical productions, including Lab Theater of Florida's recent True West, splitting the bill with Genther.

Stay tuned for more updates and the completed trailer. To volunteer or contribute, e-mail contact315films@yahoo.com.
Posted by 315 Films at 8:52 PM